In the Hebrew Bible, there are multiple descriptions of Yahweh presiding over a great assembly of Heavenly Hosts. Some interpret these assemblies as examples of Divine Council:

The Old Testament description of the “divine assembly” all suggest that this metaphor for the organization of the divine world was consistent with that of Mesopotamia and Canaan. One difference, however, should be noted. In the Old Testament, the identities of the members of the assembly are far more obscure than those found in other descriptions of these groups, as in their polytheistic environment. Israelite writers sought to express both the uniqueness and the superiority of their God Yahweh.[1]

The Book of Psalms (Psalm 82:1), states “God (אֱלֹהִ֔ים Elohim) stands in the divine assembly (בַּעֲדַת-אֵל ‘ăḏaṯ-’êl); He judges among the gods (אֱלֹהִ֔ים elohim)” (אֱלֹהִים נִצָּב בַּעֲדַת־אֵל בְּקֶרֶב אֱלֹהִים יִשְׁפֹּט). The meaning of the two occurrences of “elohim” has been debated by scholars, with some suggesting both words refer to Yahweh, while others propose that the God of Israel rules over a divine assembly of other gods or angels.[9] Some translations of the passage render “God (elohim) stands in the congregation of the mighty to judge the heart as God (elohim)”[10] (the Hebrew is “beqerev elohim”, “in the midst of gods”, and the word “qerev” if it were in the plural would mean “internal organs”[11]). Later in this Psalm, the word “gods” is used (in the KJV): Psalm 82:6 – “I have said, Ye [are] gods; and all of you [are] children of the most High.” Instead of “gods”, another version has “godlike beings”,[12] but here again, the word is elohim/elohiym (Strong’s H430).[13] This passage is quoted in the New Testament in John 10:34.[14] 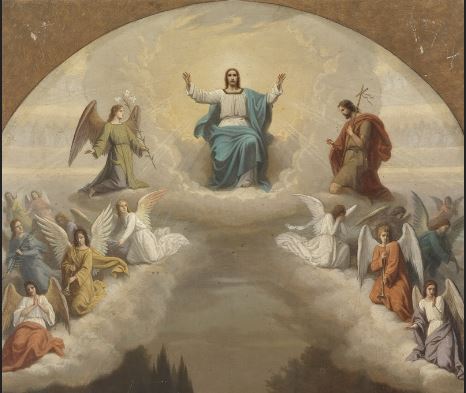